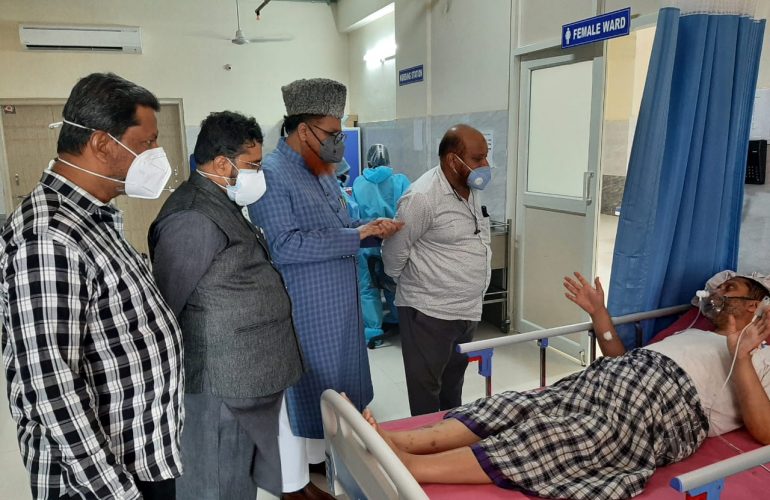 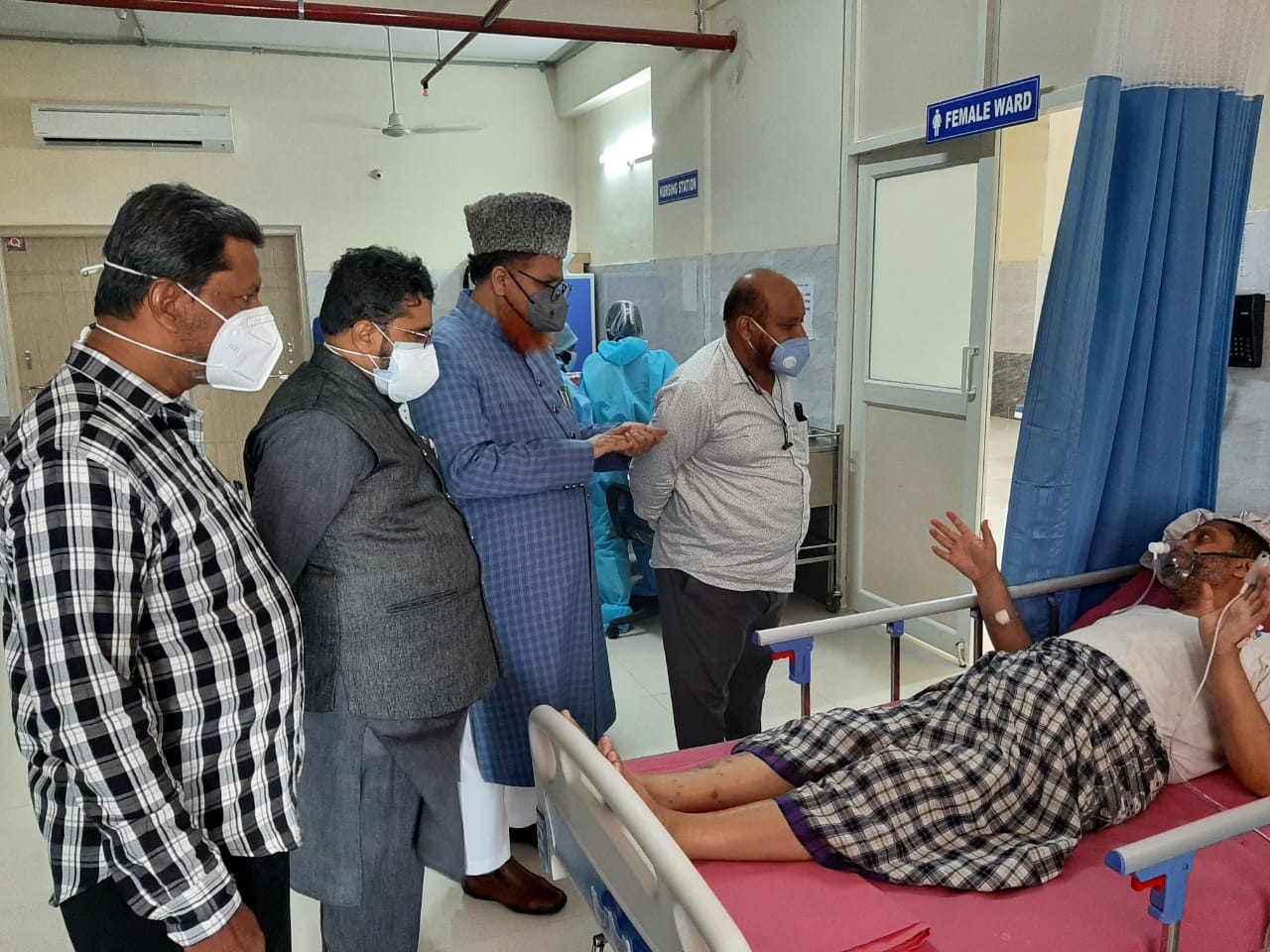 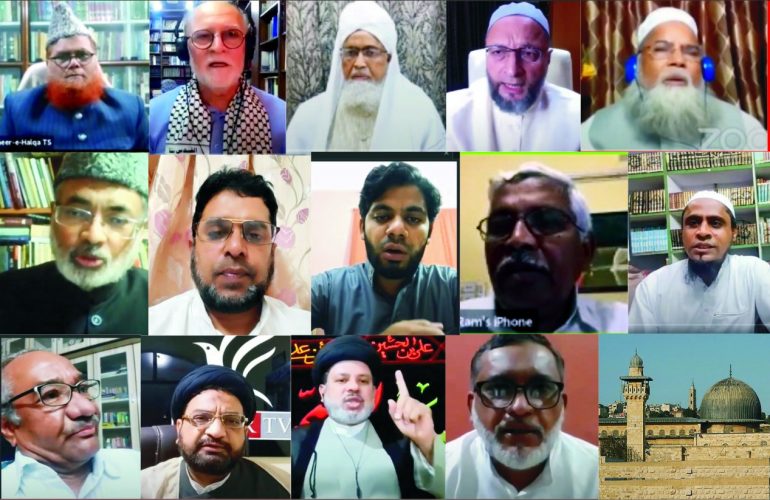 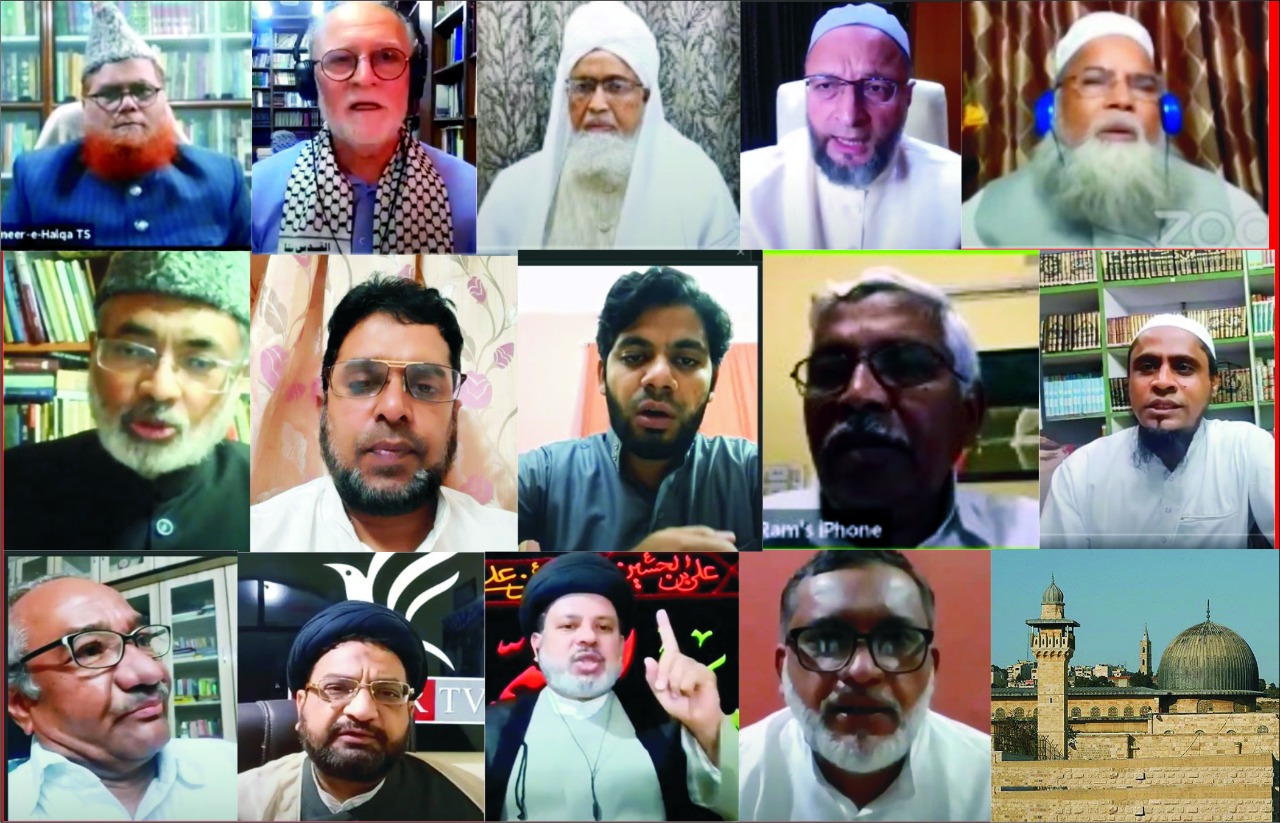 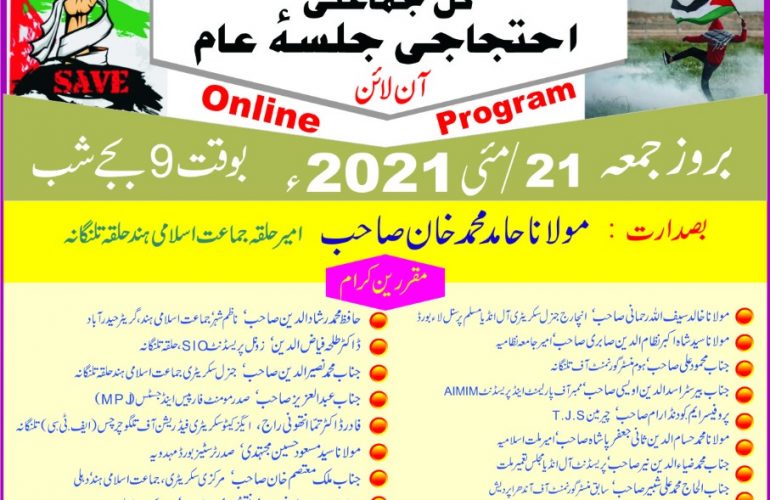 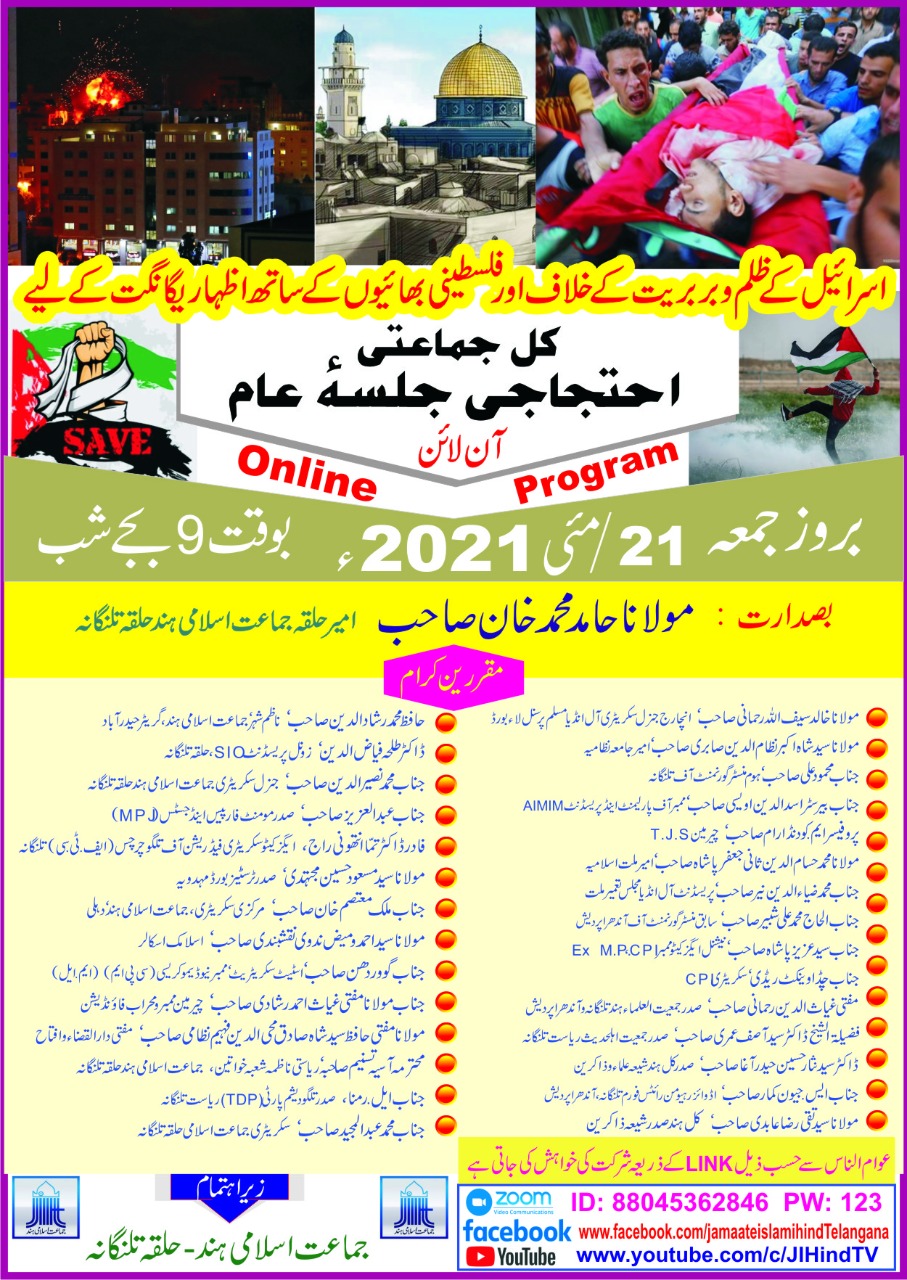 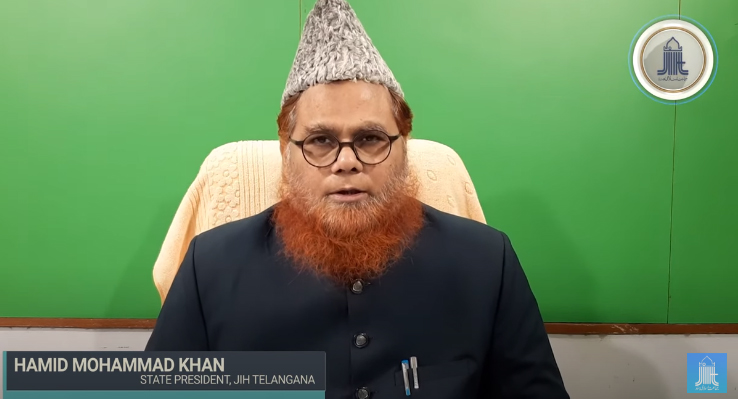 For some time now, a large number of innocent Palestinian civilians have been massacred and their lives and property have been destroyed by bombings in Israel’s brutal and cruel operations. This aggression of Israel is regrettable and reprehensible, which should be stopped immediately and a criminal case should be filed against Israel in the International Court of Justice against these atrocities, Maulana Hamed Mohammad Khan expressed his views in a press statement. He called on all peace-loving countries to put pressure on Israel to immediately suspend its aggression. He called on all Islamic Countries to come forward to protect the Holy Qiblah Awwal and help the oppressed Palestinians.

Maulana said that one of the reasons for the current situation is the mutual animosity of the Muslim countries and their covert friendship with Israel and recognition of Israel. Maulana said that the solution to the Palestinian problem lies in the unity of Muslim countries. He advised the Muslim countries to immediately end all relations with Israel. Maulana Hamed Mohammad Khan said that India has been supporting the cause of the Palestinians from day one. He appealed to the Government of India to break all diplomatic ties and trade relations with Israel. He quoted Gandhiji’s statement in which Gandhiji said that “Palestine is the right of the Palestinians,” he said. While the current government is expanding relations with Israel, Israel has always deceived the world with its deception. He also strongly condemned the vicious attempt to mislead the world through one-sided reporting by Media. Maulana Hamed Mohammad Khan said that we have always been in favor of the freedom and sovereignty of the Palestinians and strongly oppose Israeli aggression. And hope that Allah will destroy the wrongdoers as He destroyed the people of Aad and Thamud.